As the Christmas and New year leaves get over, Venture Capitalists are gradually coming back from a bit of a break in the B2B FinTech funding front.

While this week witnessed lesser funding deals on the analysts, books pointed towards a busy year for investors, especially in India.

According to certain reports citing Tracxn data, the country saw about $14.5 billion in tech start-ups funding in 2019 and it was almost $4 billion higher than the numbers in 2018.

Country’s hot streak in the funding of FinTech continued even this week, where three of the six deals announced for the space stemming from the India — including  largest round of this week in an alternative small business lender. In all, B2B FinTechs managed to secure over $33.5 million in new funding. The latest  rounds are elaborated below.

The closure of its series A funding round has been reportedly announced by Farmer wherein a Singapore-based Technogen has been leading the round. This company is known for offering Enterprise resource planning technology to the farming and agriculture sector. It has its operations in in 25 countries. Though the raised amount has not been disclosed by them, the company have reportedly shown interest in utilize its funding into investments in AI for helping its business users minimize climate risks and improve sustainability, with their plans of geographic expansions moving forward.

With Bala Investment as the lead, $1 million seed round got announced this week By US-based CollBox. Others who participated were Capital factory, Long View Technology Ventures as well as Alamo Angel Network. Small businesses along with accounts receivable solution is what CollBox offers. Their services monitors cash in-flows and helps the businesses in the process of funds recover on outstanding invoices. Cameron Desautels, CEO and Co-founder reportedly stated that this investment will allow the company in running faster and improve its Collaborations with other accounting and bookkeeping service providers since the major focus of the company is on data integrations with the likes of Xero, QuickBooks amongst others.

The announcement of reaching 2.23 million crowd-funding goal with still 12 more days to go has been made by B-North, UK alternative small business lender. The company claims about its plans of deploying the funds in the expansion of its existing workforce and develop its infrastructure as it begins to launch its “lending pods” in various places of Manchester in the second quarter of last year. Those lending pods look forward to link local small businesses with experts who are able to assess businesses’ in the process of borrowing needs.

A raise of $6.3 million series A funding round got disclosed  by RunSafe, Cybersecurity start-up. This investment is reportedly being led by Alsop Louie a partners. Other participators were Inner Loop Capital, New backers Working Lab Capital and Renegade Ventures. RunSafe reportedly noted that it might deploy the funding for sales and marketing initiatives along with product development. The company is known for operating Moving Target Defense and runtime application self-protection technology so that company systems can be safeguarded and any attack can be prevented from spreading across different devices in a same network.

A high profile funding round got secured by XpressBees, an India based logistics start-up. According to reports the funding is supposedly an extension of XpressBees’2017 series D funding round which had Alibaba as its investor who managed to invest $35 million and portrays the continued growth and strength of India’s logistics sector along with many other players in the industry such as BlackBuck, Delhivery, Rivigo having managed to secure new funding in recent months.

Also India witnessed firms like Aye Finance secure over $14 million in debt funding which was reportedly led by BlueOrchard. The start-up aspires to deploy the funding in the expansion of its small business loan portfolio across various parts of India as it wishes to fill the lending gap to micro as well as small to medium sized businesses in the nation. As per statement made by the company, the funding reportedly marked the sixth round of investment for BlueOrchard in Aye Finance. 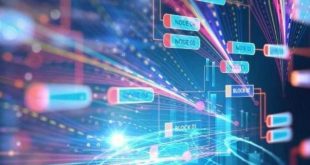 According to an announcement made by Deeptech start-up Quantiphi, it has raised about $20 Mn …