Breaking News
Home » TRENDING NEWS » How the Internet of Things (IoT) Can Be Used to Build Smart Cities?

How the Internet of Things (IoT) Can Be Used to Build Smart Cities?

Are you one of those who believe that we as human beings are living in a digitized era? Do you also believe that the inception of technologies like AI, ML, and the Internet of Things (IoT) has brought us on the brink of collapse? If you answered YES to these questions, it is time that you flip the coin and focus on the other side as well.

You need to understand how these technological advancements can redefine humanity and transform us and our cities into a SMART CITY? This blog post will help uncover the following major aspects for you as a reader:

• What do you understand by the term Internet of Things (IoT) and how it works?
• A Walkthrough on the major components aka Pillars of a Smart City
• How is IoT Revolutionizing Multiple Segments of Smart City?

So, without wasting much time, let’s begin with our first segment right here.

Internet of Things (IoT) – A Basic Overview
Internet of Things (IoT) in the simplest of terms indicates a system of interconnected devices, each with its unique ID (UIDs). These devices possess the ability to transfer data over a network without any possible interaction between two human beings or between a human and a computer.

IoT devices comprise a long list of names, but majorly it involves wireless sensors, actuators, computers, etc. With the technology advancing at a rapid pace, IoT devices have found their usage in varied spaces including enterprises, medical and healthcare (on home and commercial level), and even the industrial domain.

Even corporate organizations are leveraging the concept of the Internet of Things (IoT) to streamline their processes and operate efficiently. They are utilizing IoT to understand customer behavior, strengthen their decision-making power and improve their Return on Investments (ROIs).

Pillars of a Smart City – Why They Matter?

The world’s population is increasing at a tremendous pace. As per recent figures, almost 3.9 billion people are living in cities. By 2050, it is estimated that almost two-thirds of the world population will shift to urban areas.

The hard-hitting question is – Are we ready for this multi-fold urbanization?
Clearly, NOT. It is time we start planning for the future and redirect our attention to building up Smart Cities using IoT. However, before doing so, we must understand the core pillars of a Smart City.

There are in total of 8 pillars which contribute to the definition of a smart city. As per the rules, any city which meets 5 out of these 8 pillars can be deemed as “SMART CITY”, while, the ones which fall below 5, are dubbed as “Eco-friendly Cities”. Read more about the 4 pillars of Smart City here.

All these smart cities require Smart Grids to improve efficiency, cut down consumer costs, workout the peak demands, and encourage people to use more renewable sources of energy. Making all these 8 pillars smart isn’t an easy task, but with intelligent solutions and consistent efforts, it surely can be achieved.

Applications of Internet of Things (IoT)

By far, you must have understood that IoT isn’t limited just to our homes, but is expanding in terms of both scope and capabilities. Pick any domain or service and you would find the fragment of IoT embedded into its functionality.

Covering all the applications of IoT is beyond the scope of this blog post. But, let’s take a quick peek on a few of the special use cases of IoT:

Airlines use the concept of IoT to develop an equipment tracking application. The app assists airline’s engineers to get a live feed of every single equipment which is required for timely maintenance of the aircraft. This not only improves the overall efficiency of maintenance engineers, but it also helps in cost

A city is a town with several homes and hence comes with a lot of use cases. The use cases can vary in multiple ways. Some most common use-cases are listed below:

Water is scarce and the experts fear that the next World War will not be for ammunition, but water. So, it is time that we unite as one and implement the concept of IoT judiciously to conserve this valuable resource. Using IoT, we can install sensors in multiple avenues of water industry like:

 To keep the water level under check in overhead tanks and reservoirs to avoid spilling
 To track and monitor water consumption on a real-time basis in the urban societies
 Using sensors in the irrigation sector to determine how much water soil requires based on different constraints like moisture etc. and draw real-time analysis based on data captured
 Sensors can also determine water leakages, its quality and how it’s being consumed in different industries across the city
2. Resolving Traffic Congestion & Frequent Parking Woes
How many times have you faced the issue of finding out a proper parking space for your bike or car? As the cities are evolving, finding a parking space is becoming trickier. The rising traffic irritates a regular commuter and also boosts pollution. However, with IoT enabled parking spots, the sensors can help the incoming visitor find the nearest available spot. It will save fuel, time and reduce CO2 emission.
Installation of IoT enabled traffic sensors can also avoid traffic congestions in major parts of the city. These sensors can easily operate the traffic lights depending on the volume of traffic and the average speed of vehicles thereby reducing speeding issues and accidents.

3. Effective Waste Management
The municipal department can install smart sensors in the waste dumpsters to determine the level of waste they carry. The sensors will then relay this data to the nearest waste collection truck which can come and pick the waste before the dumpster overflows. It will make the waste collection system more efficient and will also keep the cities cleaner.

4. Smart Energy-Efficient Buildings
A city is as good as its infrastructure. Smart buildings with IoT devices embedded are controlled by a centralized system. A robust platform with smart connectivity ensures that the overall infrastructure performs at its best to embark the cities proceed to a new era of connectivity.

With so many varied use cases of Internet of Things (IoT) to look for, it won’t be wrong to conclude that it opens a wide array of options for humanity. The time isn’t far wherein IoT will surpass the current barriers and will break into both the household and commercial spaces. However, despite its benefits, we must exercise caution and ensure that this technology works in the best manner for us. 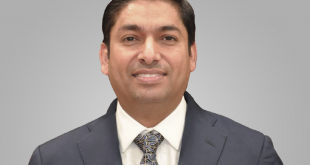 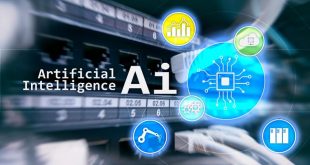 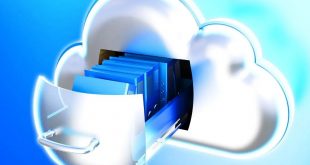 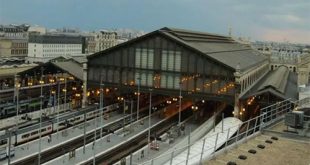 Installation of public WiFiacross 5,500 stations in India has been announced by the Indian Railways. …