Due to disruptive technologies, many industries have been refurbished and this trend is now reshaping the insurance world. From challenges arising from the emergence of “insurtech” startups to giant companies such as Amazon, established insurance companies were forced to adjust to the changing industry scene. 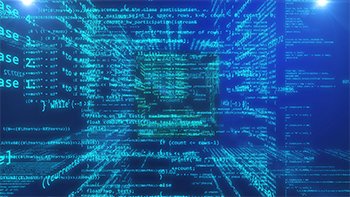 Over $8 billion has been invested in insurtech since 2012, so consumers need to be aware of how they are affected by new technologies. Technological advances such as the Internet of Things (IoT), blockchain, and artificial intelligence (AI) enable policyholders and insurers to simplify processes. This means consumers will receive insurance policies in the future that are custom-made to fit their needs, which are faster to subscribe to, and most importantly, cheaper policies.

Personalization, however, can go for the consumer either right or wrong. This is because insurtech will be able to access more detailed and personalized data easily, which raises concerns about data security and privacy.

For insurers, their golden goose is the Internet of Things. For a long time, including the present, life insurance underwriting was largely dependent on indirect indicators such as the policyholder’s occupation, gender, and age. However, the presence of IoT devices such as the Fitbit or Apple Watch allows insurers to gain insight into individuals ‘ lifestyles, such as how much sleep they get or how much they exercise, which is important data in terms of credible risk assessment.

The healthier the consumers, the greater the insurers ‘ premiums will be able to collect during the lifetime of the policy. Therefore, it is no surprise that different insurers are already abolishing conventional policies in favour of “interactive life insurance” that comes from data collected from wearable devices. While currently granting access to your Apple Watch is not a requirement for you, insurers are actively encouraging it and even offering incentives such as discounts and other benefits.Regrettably, when it comes to privacy and security, consumers may have to compromise their privacy and security because IoT devices are unreliable. A good example is a controversy with the Strava fitness tracker last year that finally revealed the locations of the U.S. military bases.

This illustrates how potentially dangerous poor data management could be. Because data is literally the new currency, all wearables collected exclusively sensitive data is highly susceptible to mismanagement and exploitation. While there was the slightest chance that we could trust third parties to safeguard our data, privacy advocates raise concerns about why insurers, in any case, require our information to be streamed round the clock.

Keep watching this space for more.