Researchers at IBM list “5 in 5” every year–five ways that technology will change the world over the next five years. This year, by using technology to reduce hunger and waste, the overarching theme is feeding the world. The world’s population will hit the eight billion mark within the next five years, with one billion of them lacking adequate access to the food supplies needed for a healthy life. At the same time, some 45% of the world’s food supply is lost to waste at the moment. So, does technology have the key to solving the food crisis on the planet? 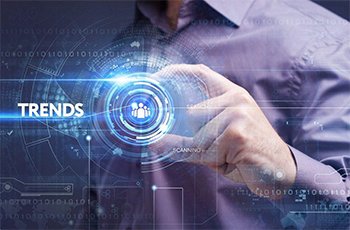 This is another technological initiative that aims to disrupt the damage that food-borne pathogens can cause. This involves the deployment of sensors enabled by artificial intelligence–perhaps at home, via mobile devices–that can detect dangerous bacteria such as e.coli or salmonella. Mobile bacteria sensors are already being developed by IBM scientists to reduce the time taken to test for the presence of hazardous pathogens from days to seconds. These developments are aimed at reducing human costs–especially in developing world areas where poor access to antibiotics and medical care can lead to disastrous outbreaks.

Taking in the Trash – A Revolution in Recycling

Recycling technology advances mean increasingly efficient ways to break up plastics and continuously develop man-made polymers. In addition to increasing public awareness of the pollution caused by our reliance on disposable plastics, progress in this area will reduce the damage to the ecosphere as well as the environmental cost of plastics production. Here, technological innovations include new catalytic polymer “digestion” methods such as VolCat, which involve the development of chemical processes to more effectively break down plastic refuse into a state where it can be fed back into the production process.This will mean a decrease in the fossil fuels used to create “new” plastic, as well as a reduction in chemical process carbon emissions.