2019 May Become the Year of Enterprise Blockchain – Part 2

Last year, 95 percent of businesses across various industries invested in blockchain tech projects. These pilot projects will finally move from the test stage to the end users in 2019. At the end of last year, Goldman Sachs, a former blockchain vocal sceptic, launched a crypto-investing product for their customers. In addition to investing and financing, major blockchain projects were released in several other industries including cybersecurity, healthcare, and agriculture. 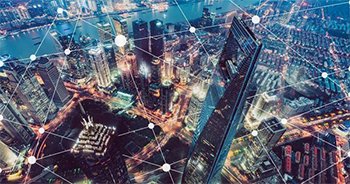 Lack of mechanisms for connectivity between various types of blockchain solutions was a major roadblock for wider adoption. But tech firms are presenting new ways of establishing links between different ledgers these days.

Ripple released an arbitrary protocol Interledger-midware that can “connect” different types of ledgers, both distributed and traditional centralized. Its main objective is to improve financial institutions ‘ interoperability. The additional benefit is that Interledger allows users to store aggregate transaction data from a public blockchain through the use of a connector to transfer funds between private Ripple network versions.

The privacy of customer data remains a serious point for businesses as they have to constantly upgrade their systems to keep up with emerging regulations. Blockchain companies can actually reduce their ownership of data by leveraging it. When executing transactions, customer information recorded on the distributed ledger does not have to change hands. Instead, when needed, users can simply grant access permission to those records. This, in turn, allows companies to stay compliant with less effort and allows users to benefit from increased privacy and security.