The next-generation data center will exist beyond walls, seamlessly integrating core facilities with a more intelligent, mission-critical edge of network. These Gen 4 data centers are emerging and will become the model for IT networks of the 2020s. The advent of this edge-dependent data center is one of five 2018 data center trends identified by a global panel of experts from Vertiv, formerly Emerson Network Power. 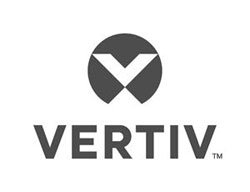 “The evolution of the edge, driven in large part by the adoption of the Internet of Things, is impacting the data center industry in much the same way the introduction of the cloud did,” said Rob Johnson, CEO, Vertiv. “As we saw then, the implications of such a fundamental change are far-reaching and in some cases unpredictable. The only certainty is that expectations remain the same – seamless, immediate, uninterrupted service.”

“Increasing technological disruption is leading to realignment of IT Infrastructure.” says Sunil Khanna, President & Managing Director at Vertiv, India. “IoT will lead the next wave of disruption in cloud computing. The technology adoption is at such a rapid pace that cloud providers may face concerns over capacity demands. Recognizing this, businesses are keen to innovate & adopt a fresh approach where speed and consistency of service are the key differentiators.”

This is happening with innovative architectures delivering near real-time capacity in scalable, economical modules that leverage optimized thermal solutions, high-density power supplies, lithium-ion batteries, and advanced power distribution units. Advanced monitoring and management technologies pull it all together, allowing hundreds or even thousands of distributed IT nodes to operate in concert to reduce latency and up-front costs, increase utilization rates, remove complexity, and allow organizations to add network-connected IT capacity when and where they need it.

With their focus on efficiency and scalability, colos can meet demand quickly while driving costs downward. The proliferation of colocation facilities also allows cloud providers to choose colo partners in locations that match end-user demand, where they can operate as edge facilities. Colos are responding by provisioning portions of their data centers for cloud services or providing entire build-to-suit facilities.

Organizations with multiple data centers will continue to consolidate their internal IT resources, likely transitioning what they can to the cloud or colos while downsizing and leveraging rapid deployment configurations that can scale quickly. These new facilities will be smaller, but more efficient and secure, with high availability – consistent with the mission-critical nature of the data these organizations seek to protect.

In parts of the world where cloud and colo adoption is slower, hybrid cloud architectures are the expected next step, marrying more secure owned IT resources with a private or public cloud in the interest of lowering costs and managing risk.

Why now? The introduction and widespread adoption of hyper-converged computing systems is the chief driver. Colos, of course, put a premium on space in their facilities, and high rack densities can mean higher revenues. And the energy-saving advances in server and chip technologies can only delay the inevitability of high density for so long. There are reasons to believe, however, that a mainstream move toward higher densities may look more like a slow march than a sprint. Significantly higher densities can fundamentally change a data center’s form factor – from the power infrastructure to the way organizations cool higher density environments. High-density is coming, but likely later in 2018 and beyond.

Moving data around the world to the cloud or a core facility and back for analysis is too slow and cumbersome, so more and more data clusters and analytical capabilities sit on the edge – an edge that resides in different cities, states or countries than the home business. Who owns that data, and what are they allowed to do with it? Debate is ongoing, but 2018 will see those discussions advance toward action and answers. 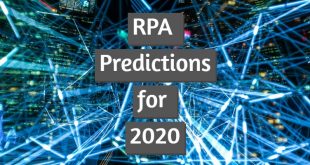 RPA Predictions for 2020 (and Beyond): Automation Anywhere 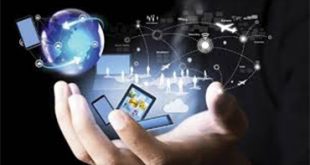