The first ever ISV Awards in India was concluded successfully by Techplus media at the Lalit Ashok , Bangalore .In a glittering ceremony attended by the who’s who of the ITES industry, itVARnews from Techplus Media showered accolades over nearly 50 extremely deserving candidates. There were more than 2100 nominations that were judged by a Jury of power packed technologists.

The award ceremony was aimed at recognizing the Contribution and best practise in Enterprise Solutions by ISVs, Systems Integrators, and MSPs across INDIA. The awards recognise disruptive solutions that have changed the course of business strategy and accorded value to the user enterprises.

Cutting across four enterprise sizes and 6 nomination categories, the awards honoured 38 nominees, and gave away 8 citations to movers and shakers in the industry. The audience also witnessed the felicitation of 5 CTOs, who have made a difference, being given awards for their leadership role in successful enterprises.

The first ISV awards had the support from some of the industry’s best known brands- Red Hat, Dell, Control S ,Kaspersky and Yes Bank.

Speaking on the occasion, one of the five esteemed jury, Prof. Rajat Moona, Director General of CDAC, and faculty, IIT, Kanpur said, “I am very impressed by the level of projects that have been nominated for these awards. The nominations for the CSR awards are very appreciable while the Innovation nominations clearly indicate that technology for enterprise in India is well on its way to meet the world standards.”

Harish Vaidyanathan- ISV business – Microsoft, who was attending the award ceremony, observed, “…one third of our business comes from ISVs. So they are very important for us. It’s, in my opinion, a pretty good idea, having a whole award that recognises ISVs.”

Jatin Sindhi, Managing the SAP HANA  Corporate platform added, “I think such kind of events are  very important wherein the partners are getting recognised for their efforts in the industry. That helps them to transform and drive innovation for the future. I wish them good luck.”

Speaking on the occasion, Anuj Singhal, MD, Techplus Media said,” ISV Awards, 2016,  being the pilot event, I am extremely grateful to the ISV community as well as IT leaders for making this event a huge success. It was a necessity for the Indian market to have a related event, of this magnitude, to drive the success of ISV industry, in the country, to greater heights”

“Institutional awards such as these provide impetus for ISVs to do beyond their best. In these exciting times when there is opportunity for everybody to bring out their best software solutions, these awards provide an opportunity to separate the best from the others,”added Lux Rao, CTO for Technology Services at HPE

The awards ceremony held in Bangalore saw some well known names form the enterprise technology brands, and they provided support and encouragement for the ISVs that were winning and those who [participated.   Ganesh Narayan, EMC,said, ”I think over the last few years, the whole evolution of ISVs in India started form multinationals large companies, then we had a number of home grown ones, in the last few  years there are a lot of ISVs originating in India  that are working very closely with companies as channel partners. So institutional awards like this would mean recognising the right ISVs, their contribution to the whole eco-system, their contribution …identifying them and giving them awards would give them motivation and encourage a lot of other ISVs to work closely in the eco system and create a better business environment.”

Yashpal Negi , ISV Business , IBM, ”It’s a great  platform for the eco system and the way they are leading transformation is great, we look forward to having multiple such awards in multiple cities.” 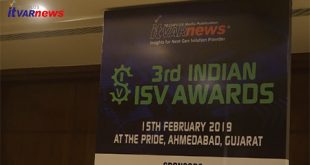 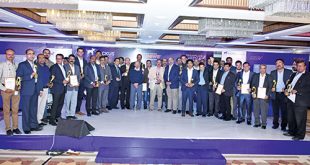 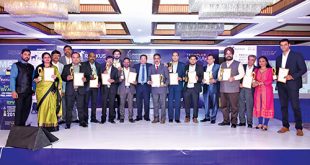 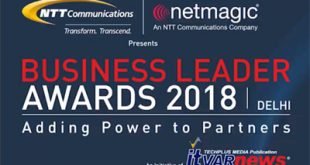